Over the last 24 hours, the occurrence of the century happened. I did not want to watch the news. Every show that came on was cause for tears. If you cry over Chicago Fire, something is definitely wrong! Why? Because a young lady, Ms. Hadiya Pendleton, 15 years old, one week removed from the best day of her life, performing at the Presidential Inauguration, was killed for no reason other than trying to stay out of the rain after finals and early dismissal at school, on an abnormally warm day. She was not doing anything illegal or immoral, simply blowing off steam and trying to stay dry after the greatest week of her short life. For no earthly reason at all, some fool decided that she and her friends were trespassing on property that they don’t own, and don’t make a dime from.

It happened at a park that I’ve driven past many times, looking at the progression of  gentrification of that neighborhood, immediately northeast of the President’s home. There are townhouses recently built, good-looking townhouses, and gut rehabs of brownstones and graystones, all around. It is a neighborhood that removed the 16-story high rises on Lake Park and built a decent mixed-income community. Unfortunately, the wrong ingredient was included.

This is the start of the Black History Month season, when everyone pulls out George Washington Carver and Booker T., dusts them off, and say oh, what great accomplishments. What they don’t say is how can today’s population make accomplishments of their own that are comparable. Those generations had so much less, it’s scary. They couldn’t sit where they wanted,  live where they wanted, and were killed trying to vote. And you think you have it bad? They had much less money, regardless of the reduction of the value of a dollar today, they still had less. The doctors, pimps, nurses and hairdressers lived in the same building. But what they had that many of us don’t today is INTEGRITY. They got over the fact that some African chief sold his captives to the Dutch East India Company for slaves, and kept on moving up. Today, that’s the class of folk the uninformed say ‘act white.’ No, they don’t act white, someone taught them how to  live well and not just survive in this country at a young age, with INTEGRITY, and it was applied.

You would think after all of this time, after everything that we [collectively, irrespective of race] have gone through in this city, one would finally see the light. The Blackstone Rangers were gentrified out of this neighborhood many years ago, starting from the Gap on 35th St., and there was great improvement. You can tell where the remnant moved because that’s where most of the shootings happen, not around Kenwood-Oakland and /or Bronzeville. This is no longer the case. We thought that when the guy was shot near Cole Park at 83rd & King Drive, too, a couple of years ago. Or in Humboldt Park, northwest side, another neighborhood that tried to gentrify the gang element out.

Now, we have more parents and family members heartbroken, more friends and classmates in shock, and more people shaking their heads. All for what purpose? How long? Not long, if my people stop accepting what they don’t have to accept. Everyone talks, but what will you DO? The younger children, like Hadiya’s little brother, are suffering from post-traumatic stress syndrome, they hear [or see] so many gunshots every day.

And when we stop accepting, it has to go across the board. The young men who think they have something to protect come out of these same houses. Someone in those houses know what they do when they leave every day. There’s nothing new under the sun, according to Solomon in Ecclesiastes. When they bring something home that they know no one living there can afford, do they ask where the money came from? Doesn’t look like it, does it? Is it totally economic? Probably about 70%. But the rest is about control. There are so many young men walking the street every day because they don’t have a job or feel school won’t help them. On the other hand, the street business they conduct follow the same principles that are taught at Booth [U of C] or any other business school, but the opportunity to apply those principles that they inherently understand is not forthcoming, so they substitute.

Is there anyone to tell them different, provide a chance to flourish with this inherent knowledge? Will they use their business knowledge to create an app that they can license to large corporations or sell on the App Store? Or, will they take the least path of resistance, which is the street? Has anyone even told them that there are alternatives, or are they just lumped into a category to keep the military-industrial complex humming along? After all, the jails must stay full for the money to flow to those folk, right?

Many questions, but how will they be addressed? Let’s start by looking in the house. Then, let’s look at the reasons that all of the financial resources are being drained from certain pockets, and come up with a way to get it back. Immediately. For instance, are there enough Black doctors in Chicago that, with a small investment from enough of them, that Michael Reese could have been saved? In this and many other cases, you have to do it yourself. Work out your OWN salvation, with fear and trembling. There are enough of us who have seen the light that it can be shed on those who haven’t. It won’t cost you anything but time out of your day. Our people perish for lack of knowledge. When you know that someone is screwing you, will you continue to lie there or will you get up and fight back? They are trying to fight back, but in the wrong way. Point them in the right direction, and they’ll surprise you.

Talk to me. I can’t cry over the news [or Chicago Fire] too many more times.

2 Corinthians 7:12-16 KJV– “And the LORD appeared to Solomon by night, and said unto him, I have heard thy prayer, and have chosen this place to myself for an house of sacrifice. If I shut up heaven that there be no rain, or if I command the locusts to devour the land, or if I send pestilence among my people; If my people, which are called by my name, shall humble themselves, and pray, and seek my face, and turn from their wicked ways; then will I hear from heaven, and will forgive their sin, and will heal their land. Now mine eyes shall be open, and mine ears attend unto the prayer that is made in this place. For now have I chosen and sanctified this house, that my name may be there for ever: and mine eyes and mine heart shall be there perpetually.”

Or, how about the Amplified Version?

“And the Lord appeared to Solomon by night and said to him: I have heard your prayer and have chosen this place for Myself as a house of sacrifice. 13 If I shut up heaven so no rain falls, or if I command locusts to devour the land, or if I send pestilence among My people, If My people, who are called by My name, shall humble themselves, pray, seek, crave,and require of necessity My face and turn from their wicked ways, then will I hear from heaven, forgive their sin, and heal their land. Now My eyes will be open and My ears attentive to prayer offered in this place. For I have chosen and sanctified (set apart for holy use) this house, that My Name may be here forever, and My eyes and My heart will be here perpetually.”

And the people said, AMEN. 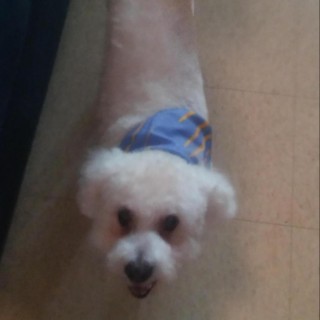